Another container terminal in the commercial port

Another container terminal in the commercial port 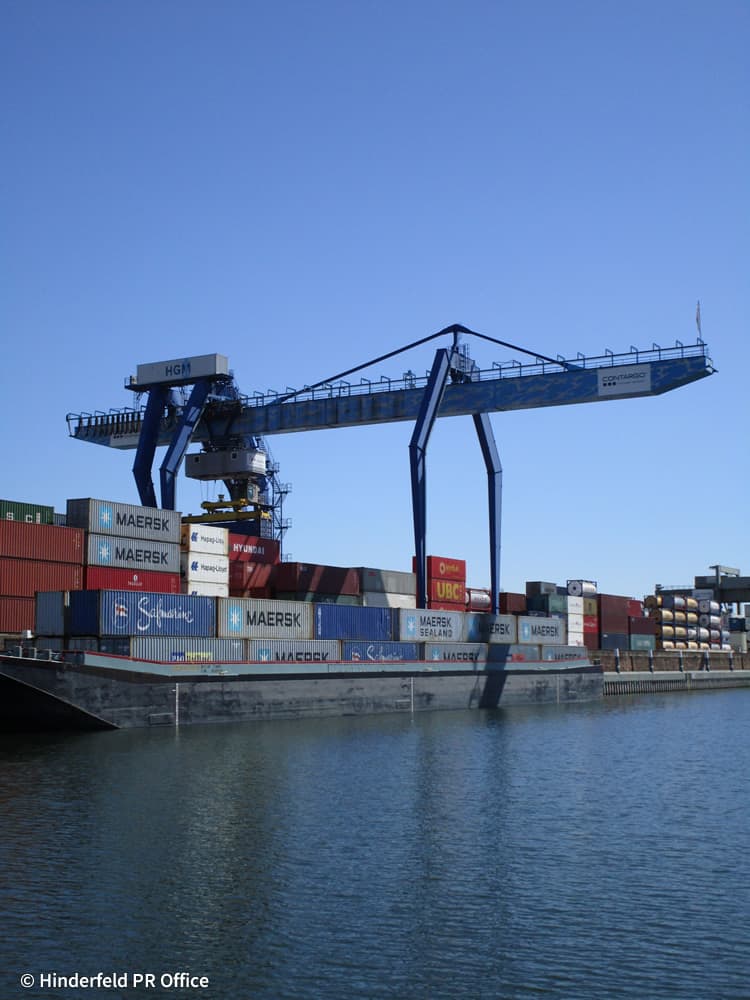 Start for another container terminal in the commercial port

The first construction work for the new container terminal has begun in the Mannheim commercial port. “With the construction of an additional terminal, we are reacting to the growing container flows in the Mannheim harbor”, says port director Roland Hörner. Mannheim is consolidating its position as a major European logistics location with the construction of another container handling facility. In 2004 alone, the Mannheimer Hafengesellschaft recorded an increase of 20.4% in container traffic compared to the previous year. “With the construction, we are also making a contribution to strengthening combined transport and relieving the traffic on federal highways,” said Hörner. The aim of concentrating truck traffic as far as possible on the “last mile” is possible, especially in the ports in their function as an interface between the three modes of transport ship, truck and rail.

The new container terminal will be built on an area of ​​12,000 m² at Mühlauhafen. In a first step, a warehouse that is currently still on the site will be demolished to make room for the new terminal. Hörner expects the terminal to be completed in spring 2007.

Before that, around 5,500 m² of heavy-duty concrete slabs and 27,000 m³ of enclosed space have to be demolished. Only then can the preparations for fortifying the site begin. A total storage capacity of 900 TEU is to be created – one TEU corresponds to a 20-foot container with the dimensions 6.1 x 2.4 x 2.6 m. A special warehouse with an additional storage capacity of 192 TEU is planned for containers with dangerous goods .

The new terminal will be built in the direct vicinity of the existing container terminal. The terminal crane is used to load and unload ships and trains on a crane runway of 250 m length. On the water side, it is planned that up to two ship widths can be laid on the quay wall for loading and unloading. 1,060 m of track are available for rail handling. The project, the cost of which is estimated at € 8 million, is funded by the federal government in accordance with the “Combined Transport Funding Guideline”. In Hörner’s view, this is a sustainable and sensible investment for the future.