Inauguration of the photovoltaic system

Inauguration of the photovoltaic system 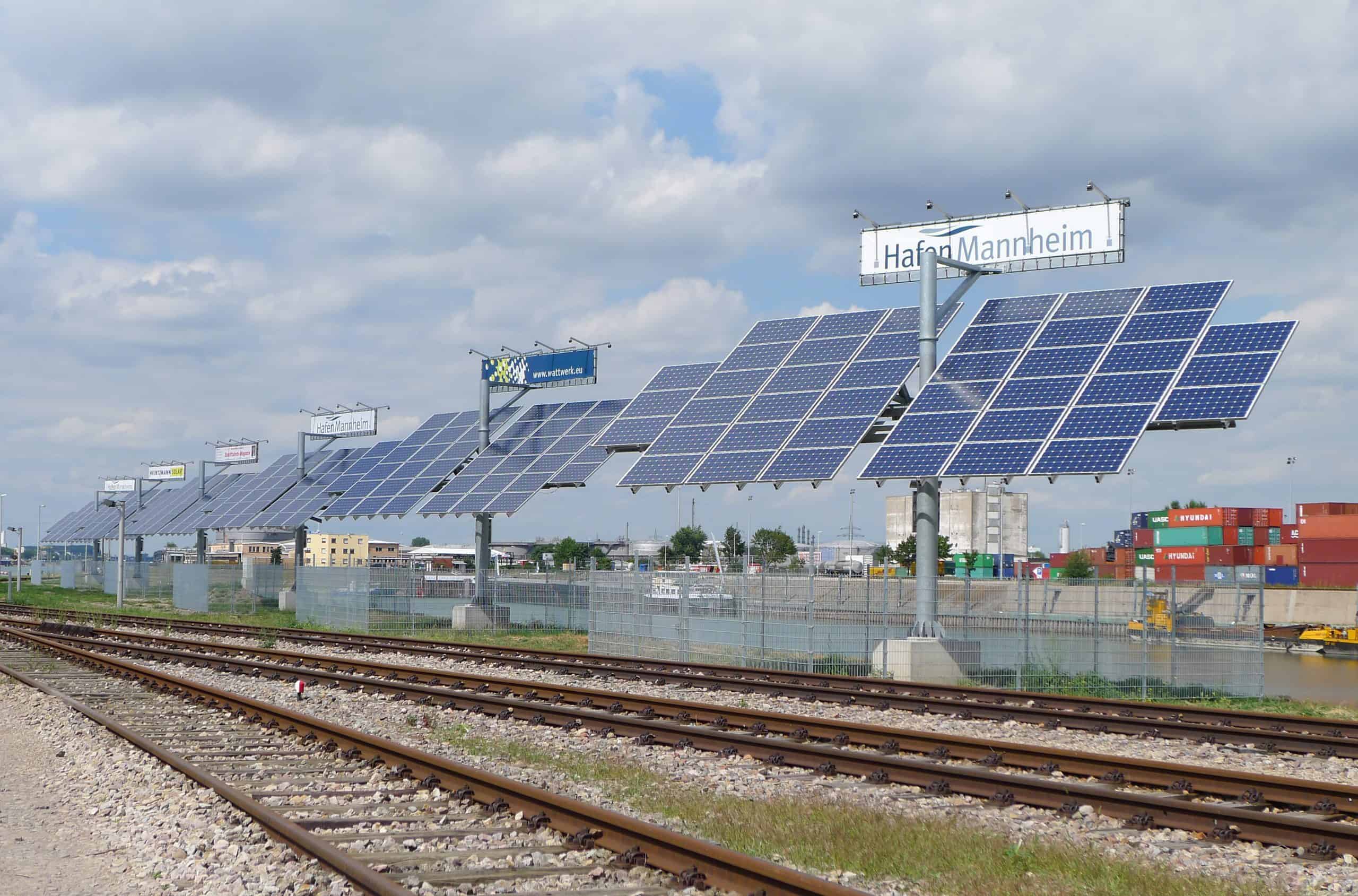 State Secretary for Finance Gundolf Fleischer:
“With the new photovoltaic system, the port is contributing to the state government’s goal of increasing the proportion of electricity generated from regenerative forms of energy to 12% by 2010.”

“The Mannheim commercial port has gained another attraction: the port company has installed a modern photovoltaic system on the roof of a warehouse. With this facility, the port company is making an exemplary contribution to environmental protection in Baden-Württemberg. By generating electricity, roof areas in the port are optimally used. ”State Secretary Gundolf Fleischer MdL, chairman of the supervisory board of the Staatliche Rhein-Neckar-Hafen-Gesellschaft Mannheim mbH on Thursday (13.12.2007) in Mannheim.

The photovoltaic system was officially inaugurated on December 13, 2007 by State Secretary Gundolf Fleischer as well as representatives of the companies Dachland, Sika, Solar Integrated and the planning architect Kuno Hofmann, who were involved in the construction. The system on the 4,000 m² roof area uses solar cells to convert sunlight into electrical energy, which is then fed into the Mannheim power grid. Annual energy production is estimated to be 110,000 kWh. This corresponds to the average annual consumption of 30 households and covers almost 20% of the HGM’s own needs. The system saves 100 t of CO2 emissions per year.

The technical data in detail: